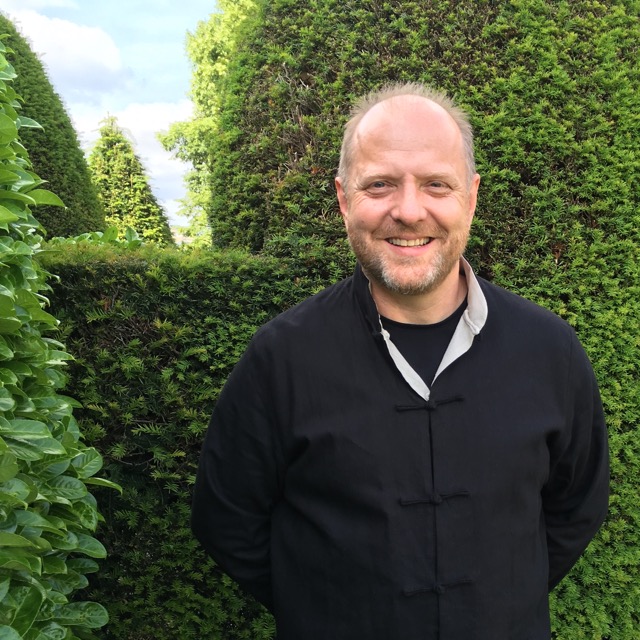 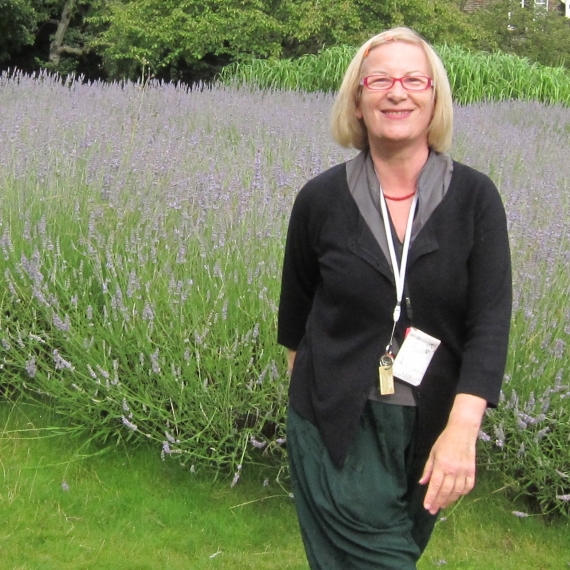 Jeremy Colledge was born and schooled in Edinburgh and then moved to learn business in South Africa and eventually in the City Of London.

Jeremy describes himself as a “good at plate spinning, but in a nice way, not like a politician!”

15 Years in the City as a broker almost killed Jeremy, so he sought refuge in Tai-chi, Yoga and finally settling into Qigong.
Jeremy has been a teacher and healer of Qigong since the late 90’s.
Jeremy studied with three different schools of Tai Chi, then with Master Lam Kam Chuen and with Grand Master Chen Xiaowang. His journey then took him to the International Institute of Medical Qigong for a two year course which saw him qualify as a teacher and healer.
Jeremy’s life’s work is to open a Qigong Medicine-less Hospital in the UK
After the City, Jeremy who has had an interest in computing from the “Sinclair years,” became an IT consultant, working in several excellent medium sized companies as their IT manager for over15 years.
Jeremy is a Founder and Director of Positivetv.tv – PositiveTV was all about creating positive Media as a counterbalance to the stream of negativity we experience in traditional media.
Currently living and teaching in Bath, Jeremy is a father, husband, pet lover, carpenter, meditator , healer, Brazilian Portuguese and Chinese language student and general tech head. (not necessarily in that order!)

John Millar was born and educated in the South East of England, on leaving school John spent a short period as a professional Windsurfer before opting for a ‘proper’ job and heading to the City and a career in banking.

Through a sequence of happy coincidences his career path took a diversion and he spent 20 years in the IT industry.
In 1997, while studying world religions and complimentary medicine, an insightful Reiki master introduced John to Qigong. From the outset it was apparent that Qigong provided him with a powerful tool for the exploration of spiritual and healing practices, as time passed the potential for Qigong to be integral in all parts of his life became clear.
Following graduation from the Teacher Training Program at the ‘College of Chi Kung’ in London where he met up and became good friends with Caroline, John continued to study Qigong form and philosophy, both in the UK and China, exploring the potential that resides within movement and stillness.
John’s passion is in finding simple, effective ways of expressing the understanding that resides at the core of the practice of Qigong. He believes that there is huge potential in providing people and Organisations with practices that are simple enough to be memorable, whilst being profound enough to support deeper practice.

Caroline Whyman was a driving force in the formation and development of the Three Monkeys School of Qigong. After 5 years, a move out of London to Devon and an increasing demand for her teaching abroad she has chosen to refocus her energies in other aspects of the Zhineng Qigong Community and step out of her role with Three Monkeys.

Caroline Whyman has had an interesting career as an artist, lecturer, and writer who made unique, inlaid porcelain, which was exhibited worldwide. She spent time as an ‘Artist in Residence’ in Japan, Poland, Israel and Hawaii, and worked as a lecturer in post-school Education.
Before becoming successful, she had endured a prolonged period of a mystery illness – now known as ME, or post viral fatigue syndrome, which robbed her of six years of ‘normal’ life!  Regaining her health was a long process; after three years of regular acupuncture treatment her health began to return.
This was a time of deep self discovery, and she began searching for something she could do to support her own progress – an article in a Sunday paper led her to Qigong, and her first teacher, Simon Lau (with whom she studied for over 20 years).
Within the first six months of practising ‘Wisdom Form Qigong’ or Zhineng Qigong, her health, and wellbeing had returned in force, and she knew, very deeply, the power of this practice!
Caroline has always been passionate about teaching and trained as Qigong teacher at ‘The Elemental School of Qigong’, where she made friends with her teaching colleague John Millar.
In 2008 she travelled to China where she met Jianshe Liu, at the Hexju Qigong Centre and her love affair with China and with the wonderful community of Zhineng Qigong teachers began!
Caroline regularly travels to China, to train with various   Zhineng Qigong Teachers,and also leads groups of people to experience Zhineng Qigong and the culture of China, and  likes to practice speaking a little mandarin Chinese, which she has been learning for the last 4 years.

Caroline’s influence remains strong within the Three Monkeys and she is an integral part of our online training. We wish her well in her new ventures and look forward to working with her again in the future.